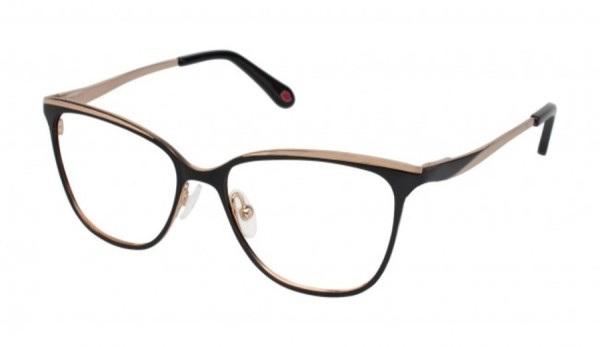 The Lulu Guinness collection of eyewear for women showcases sunglasses and eyeglasses frames in playful, feminine designs, crafted with impeccable interest to detail.

The Lulu Guinness collection of eyewear for women showcases sunglasses and eyeglasses frames in playful, feminine designs, crafted with impeccable interest to detail. This famend maker creates progressive frames of uncompromising pleasant and in undying styles; the acquainted aviator and special cat-eye conjure glamorous eras, whilst semi-rimless ovals upload a modern contact on your appearance. The designer eyewear on this series consists of a kaleidoscope of hanging hues, whimsical accents, and exaggerated silhouettes that mirror the precise appearance of Lulu Guinness.

In 1989 Lulu Guinness designed a semi-obvious briefcase for women stimulated via way of means of a concept she had for a extra stylish commercial enterprise accessory, and the emblem turned into born. Success and acclaim got here quickly, in conjunction with a committed following of movie star clients, which includes Kate Moss, Dita von Teese, Olivia Palermo, and Helena Bonham Carter. With the motto ‘Dare To Be Different,’ this celebrated maker maintains to create special add-ons for women—examples encompass the signature Dali-esque lips snatch in Guinness’ trademark pink, and the floral basket purse, now a part of the everlasting series at London’s Victoria and Albert Museum in “The Cutting Edge: 50 Years of British Fashion 1947-1997.” Made for extra than mere fashion, this series of designer eyewear is supposed to face out—to be as precise because the women who pick Lulu Guinness.

As a licensed dealer, Modern Optical sells best actual Lulu Guinness eyewear by no means fake. Benchmarks of authenticity encompass the brand call or signature pink lips logo, in conjunction with amazing pleasant within side the frames.