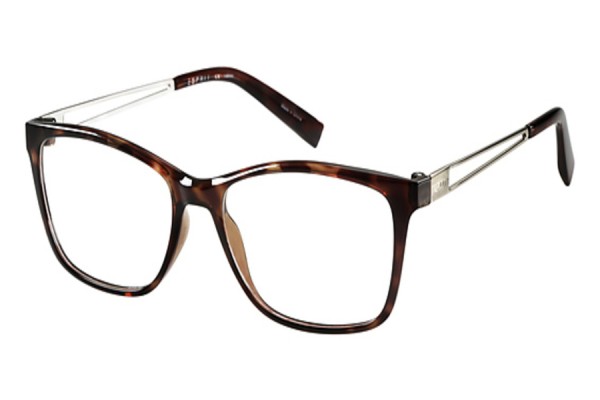 For more than five decades, Esprit has stimulated generations with its penchant for formidable color,

Esprit Eyewear for Men and Women

For more than five decades, Esprit has stimulated generations with its penchant for formidable color, its revolutionary and forward-wondering use of materials, and a willpower to growing style for everyone, as visible within side the Esprit collection of eyewear for men and women. The eyeglasses showcased right here seize the essence of this innovative organization, in frames patterns with conventional shapes and edgy information that supplement any look. If you like pleased colorations and formidable styles in younger silhouettes, actual Esprit eyewear might not disappoint.

As a certified retailer, Modern Optical gives the handiest actual Esprit eyewear—in no way fake. You'll see it within side the notable first-rate and fashion of the frames and lenses. Other benchmarks of authenticity encompass the brand's name, with its signature lettering, so that you may be assured you are getting handiest real Esprit eyewear from Modern Optical store Houston.

The History of Esprit

Husband-and-spouse group Doug and Susie Tompkins based Esprit in 1968. As youngsters of the 'Peace and Love' generation, the Tompkins created an organization that contemplated the values and spirit of that time. For over 50 years, Esprit has been a frontrunner now no longer simply in style, however in its unwavering willpower to its staff, the groups it serves, and the environment. Esprit become green lengthy earlier than it have become an enterprise focus, taking part with fabric manufacturers to make apparel that isn't handiest beautiful, however sustainable. Their 'Real People Campaigns' had been unprecedented? The usage of personnel in classified ads that delivered focus to crucial social issues. The organization is continuously evolving. Whether it's miles reimagining the brand, the usage of revolutionary layout to revitalize its retail locations, or embracing the Twitter revolution, Esprit remains at the leading edge of the layout world. The organization's dedication to the enterprise and the arena is embodied in our dynamic series of Esprit designer eyewear for men and women.